Skip to content
Saving Women from the Pains of Abortion

Saving Women from the Pains of Abortion 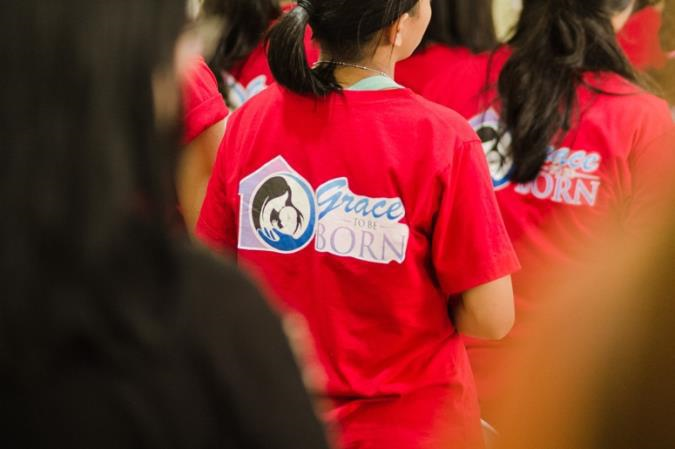 MARCH being Women’s Month, we focus on our Mercy Ministry serving women— Grace To Be Born.

Grace To Born maintains a Maternity Home, a shelter serving unwed pregnant mothers to save them from resorting to abortion, plus a Nursery for the babies born there.

Why zero in on abortion?

Our Light of Jesus Family well supports our Catholic Church’s stand against abortion.

That’s because abortion is considered murder, as it goes against the Fifth of The Ten Commandments: Thou shalt not kill (Exodus 20:13).

Our Lord Jesus emphasized this stand as we read in Matthew 19: 16-18. At the time, Jesus was preaching in Judea, beyond the Jordan. One of His followers asked: “Teacher, what good thing shall I do that I may obtain eternal life?”

Jesus answered: “If you wish to enter into life, keep the commandments.”

The follower asked: “Which ones?” 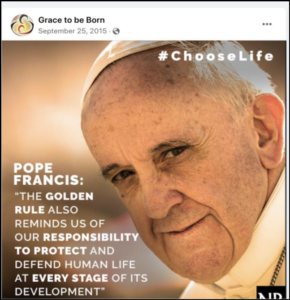 And Jesus first mentioned the Fifth Commandment, saying, You shall not commit murder, and then He went on and enumerated the rest of the Ten Commandments.

On the Facebook page of Grace To Be Born, we see a quote from Pope Francis emphasizing our responsibility to obey the Fifth Commandment:

Abortion is a sin.

And it is painful.

Here are answers to questions about abortion:

What happens during an abortion? Here’s a quote from the website https://www.plannedparenthood.org:

Having an abortion feels different for everyone — it can be super painful or just a little uncomfortable. Your level of discomfort can depend on the medications you get, how far into your pregnancy you are, and how much cramping and pain you have. For most people, it feels like strong period cramps.

What are the side effects of an abortion?

Side effects of this abortion procedure include: cramping, pelvic pain, uterine damage, injury to the bowel, bladder, or cervix, heavy bleeding, or more serious complications. Blood loss, damage to the uterus, and infection are the most common side effects.

How long does it take to bleed after abortion?

It’s common to bleed for 1 to 2 weeks after either type of abortion. Some people find that the blood flow will stop and then start again. The bleeding should taper off after a week or two. You may continue to have some light bleeding or spotting for a few weeks afterward, or until your next period. 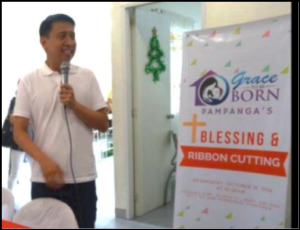 Mercy for Our Women

Out of compassion for our women, our founder, Bro. Bo Sanchez, has included Grace To Be Born among our important LOJ Mercy Ministries, under the watch of its chairman, Bro. Hermie Morelos, and Sis. Esther Palacio as Grace executive director.

Above, he leads the recent inauguration of Grace To Be Born in Pampanga.

He has presented the ill effects of abortion in his Feast talks and his articles.

In an article he wrote for the Kerygma Family Report, the original version of our The Feast Family online newsmagazine, he recalled the beginnings of Grace To Be Born.

Bro. Bo wrote that in August 2008, he preached about the evils of abortion at The Feast, our Sunday faith gathering which at the time we held at the Valle Verde Country Club in Pasig City.

That talk would lead to Grace To Be Born.

One of The Feast attendees at the time was Bro. Bo’s friend, Bro. Rey Ortega (left). He was so moved by Bro. Bo’s talk that he sent him an email the following day—asking if he would approve organizing a new ministry on saving the unborn from abortion.

“Of course, I agreed right there and then,” Bro. Bo pointed out.

Bro. Bo, with Bro. Rey, then held meetings on the establishment of the Grace shelter. By God’s grace, Betty Roxas Chua, directress of Rosary for Life, and beloved friend of Bro. Bo, stepped forward to support the Ministry. She and her husband Sebastian offered their building in Pasig, gratis, to be the site of the Grace shelter.

In April 2009, Bro. Bo then organized a meeting to set the inauguration of Grace To Be Born. Along with Bro. Rey, and Sis. Betty, present during the meeting were two more supportive leader – Bro. Gil Ramiscal and Sis. Ditas Español.

They proposed various dates in April for the inaugural blessing of the shelter. But they kept postponing the date because their schedules just won’t jibe. Until they finally settled on May 8, 2009— just because that was when all five were free. Bro. added, “I smiled and said, “Ha-ha-ha, that’s the birthday of my mom….”

And so, on May 8, 2009, the group inaugurated Grace To Be Born, with Bro. Bo’s mom Pilar Sanchez, staunch supporter of our Light of Jesus mission, as the special guest of honor— a tribute to her not only because it was her birthday, but also because the following Sunday, May 10, happened to be Mother’s Day. Indeed, God’s great gift too for mothers who would then be beneficiaries of the Ministry and the babies to be given the Grace to be born.