I Can — Because God Can

ABNORMAL. I regarded myself that way. That’s because I preferred a woman rather than a man for my partner.

So, I considered myself a sinner. I had this kind of thinking that sinners don’t have room in God’s Kingdom. I’d carved in my mind that God would not accept and love a sinner like me. I believed that I didn’t have the right to be close to God and serve Him. So, I didn’t make an effort to do so.

Instead, I turned to people, trying in vain for them to like me and accept me. 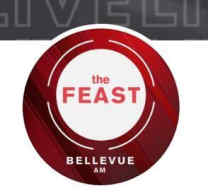 I was a lost soul. But God found me.

Way back in 2014, a friend introduced me to The Feast— the one being held in Bellevue Hotel in Muntinlupa City, in the National Capital Region (NCR).

At The Feast, I realized the true meaning of God’s love.

I learned that God is a loving Father, that He never abandons His children— even a sinner like me.

It was me and the labels created by society— which I believed— that took me away from Him.

From The Feast, I learned about the Light of Jesus Family which has accepted everyone as children of God. It’s in LOJ where I heard that sinners though we are, God uses our wounds to heal others.

Indeed, the struggle is real but with the love of God, we will win battles with Him.

Here, The Feast invites everyone to Heroes, a thanksgiving live concert giving tribute to Feast frontliners winning battles for the Lord.

It was also at The Feast that I learned about the Light of Jesus Pastoral Care. In January 2019, I saw this poster inviting Feasters to attend a retreat dubbed

Journey to Personal Growth. January is my birthday month, so I felt like this retreat would be the best gift I could give myself.

During the retreat, I learned about the LOJ Pastoral Care– that yes, it cares for the emotionally and spiritually wounded.

“God uses our wounds to heal others…” With those words reverberating in my mind, I decided to serve in this Mercy Ministry. I started as an on-the-job trainee in 2019 and officially joined the LOJ Pastoral Care Center in July 2021. 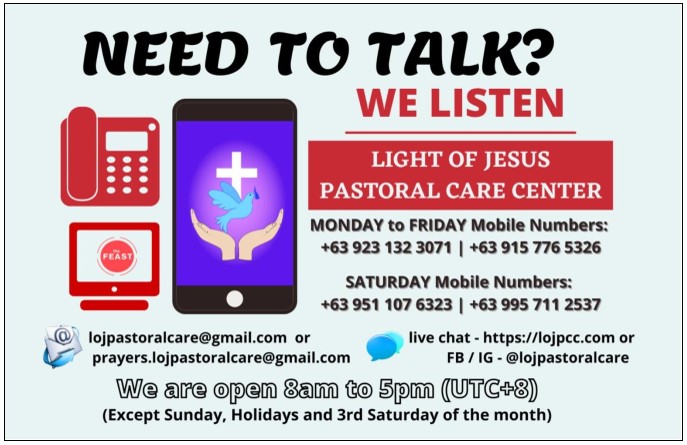 Yes, I now serve the wounded. But doing so has also healed my own wounds.

Today, I have the LOJ Family to walk with me through my spiritual journey as well — as I get to know more about God and make Him the center of my life.

Before, I would have said this was impossible for me to do. But in LOJ, I also learned this Bible verse, Philippians 4:13, that says, “I can do all things through Christ who strengthens me.”

That’s my inspiration now toward a life as a daughter of God— my new normal.

admin2022-07-09T15:21:53+08:00
We use cookies on our website to give you the most relevant experience by remembering your preferences and repeat visits. By clicking “Accept All”, you consent to the use of ALL the cookies. However, you may visit "Cookie Settings" to provide a controlled consent.
Cookie SettingsAccept All
Manage consent