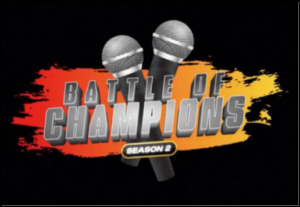 A grand salute to the popular Battle of Champions, the first online singing competition for a cause with Feast TV as official media partner. 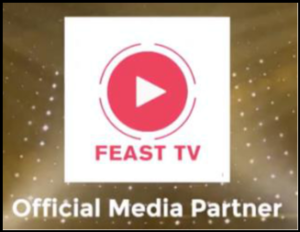 Mounted live every Tuesday at 8 p.m., the contest features today’s singing champions and social media personalities together in helping those in need. 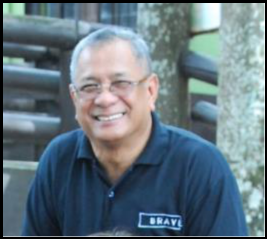 Breaking News: Our Light of Jesus Feast Mercy Ministries led by Bro. Hermie Morelos has received blessings from the Battle of Champions!

Meet Maria Guivencan, sales person supported by Yes Land Realty, and Mye Escolano, a member of Feast Alabang, called Mother of Dragons because once she joined a Love Life Retreat for singles where she was known to lead strictly—yes, like a dragon. 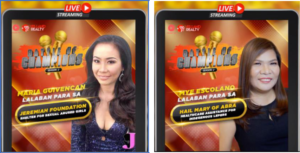 Maria chose as her beneficiary our Jeremiah 33 Foundation, which maintains a shelter for young girls, aged 10-18, particularly victims of sexual abuse.

Mye chose to support our HAIL MARY or Healthcare Assistance for Indigents and Leprosy patients. 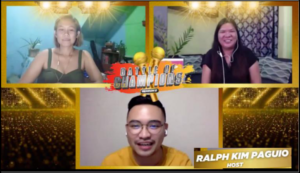 During interview by program host Ralph Kim Paguio, the contestants pointed out they joined not actually to aggressively compete with one another but to support the show’s mission to encourage donations for those in need. Thus, they emphasized, it’s just simply a friendly competition. A battle for Love.

As presented by Ralph, to be declared contest champion, a contestant has to win a total 100 percent votes– 50 percent by the contest judge, 50 percent donor votes.

Here are three steps to donate and vote: 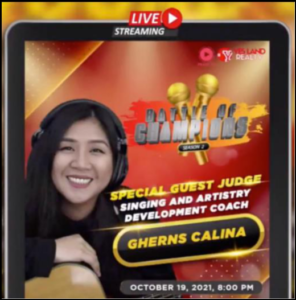 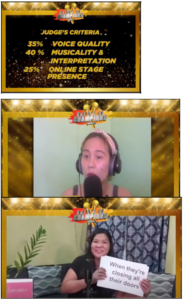 Lift your head, baby, don’t be scared Of the things that could go wrong along the way

You’ll get by with a smile…

It’s a wonder love can make the world go ’round

But don’t let it bring you down

And turn your face into a frown

You’ll get along with a little prayer and a song.

And the winner is… 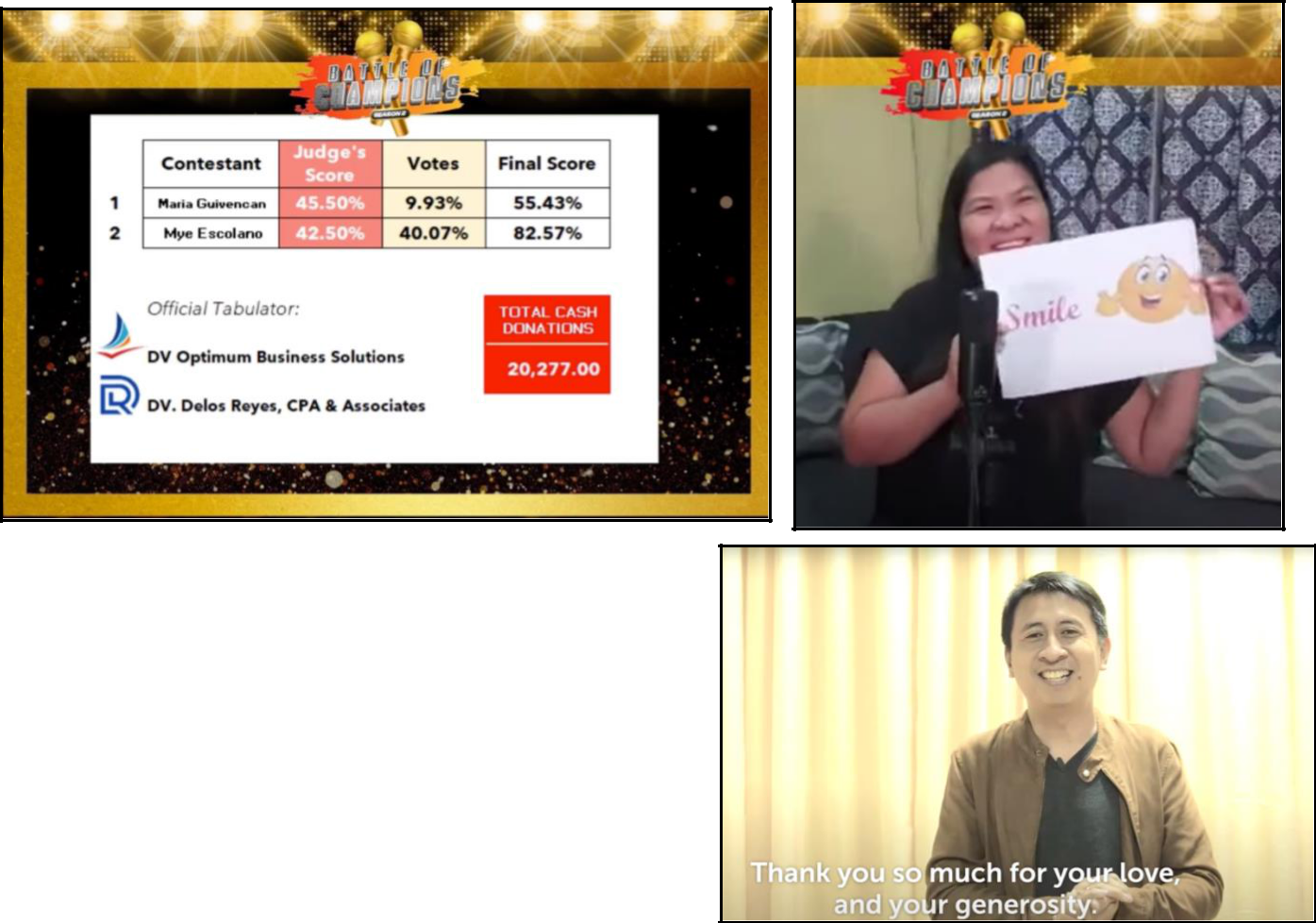